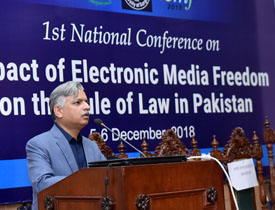 A two-day national conference emphasizing the constructive role of judiciary as well as electronic media for smooth running of democracy and rule of law held at Sargodha University on 5-6 December 2018.

The conference titled 'Impact of Electronic Media Freedom on the Rule of Law in Pakistan' was organized by the Law College in collaboration with HEC. The Vice Chancellor presided over the conference while several prominent figures from judiciary, media, academia and bar councils including Former Federal Minister for Law Dr Khalid Ranjha, Justice (R) Ijaz Chaudhary, renowned scholar Khursheed Nadeem and MNA Syed Javed Husnain Shah offered their critical perspectives on the subject.

The event aimed at providing a platform for fruitful discussion and to encourage dialogue culture about the latest legal issues and developments in media, law and technology.

The conference was organized around different themes, including media and contempt of court law, media and fundamentals rights, media in exposing social injustice, media and PEMRA Law, media as a challenge to rule of law, media trial, media restrictions, right to access information, and protection of public rights through media discourse.

To ensure rule of law, the speakers called on strengthening of social norms and customs which, as basic sources of law, may contribute towards making of a relatively more compatible legislation that would be happily abided by all segments of the society. The epitome of the conference highlighted that the positive role of electronic media must be in circumscribe of the rule of law in Pakistan through procedural amendments in the constitution of regulatory bodies and ensuring equilibrium between both the entities under Article 19 and 19-A of the Constitution of Pakistan.

The speakers created unanimous consensus that there is a dire need to make PEMRA an independent but accountable body for the implementation of media laws and ethics in true letter and spirit. They also admitted vital role of media in highlighting the social issues and ensuring the rule of law in the country. During the conference, the future legal practitioners focused on how Pakistani electronic media can play a positive role in upholding rule of law and wrapped up proposing amendments in present legal framework for media regulations. Each fascinating presentation generated interesting debate in the Q&A session, with critical questions by students and convincing responses by speakers.

Tanvir Hussain from the Department of Communication and Media Studies asked Nadeem that how young minds can be saved from falling prey to false propaganda spread through social media. Nadeem answered that youth must to be more rational and build their understandings on the basis of self-analysis and research instead of believing in ideas and content propagated through media. To a question about media’s impact over justice system, Dr Khalid Ranjha said that judiciary takes decision on basis of merit and in light of investigations and proofs however, positive role of media may also help in flawless delivery of justice. 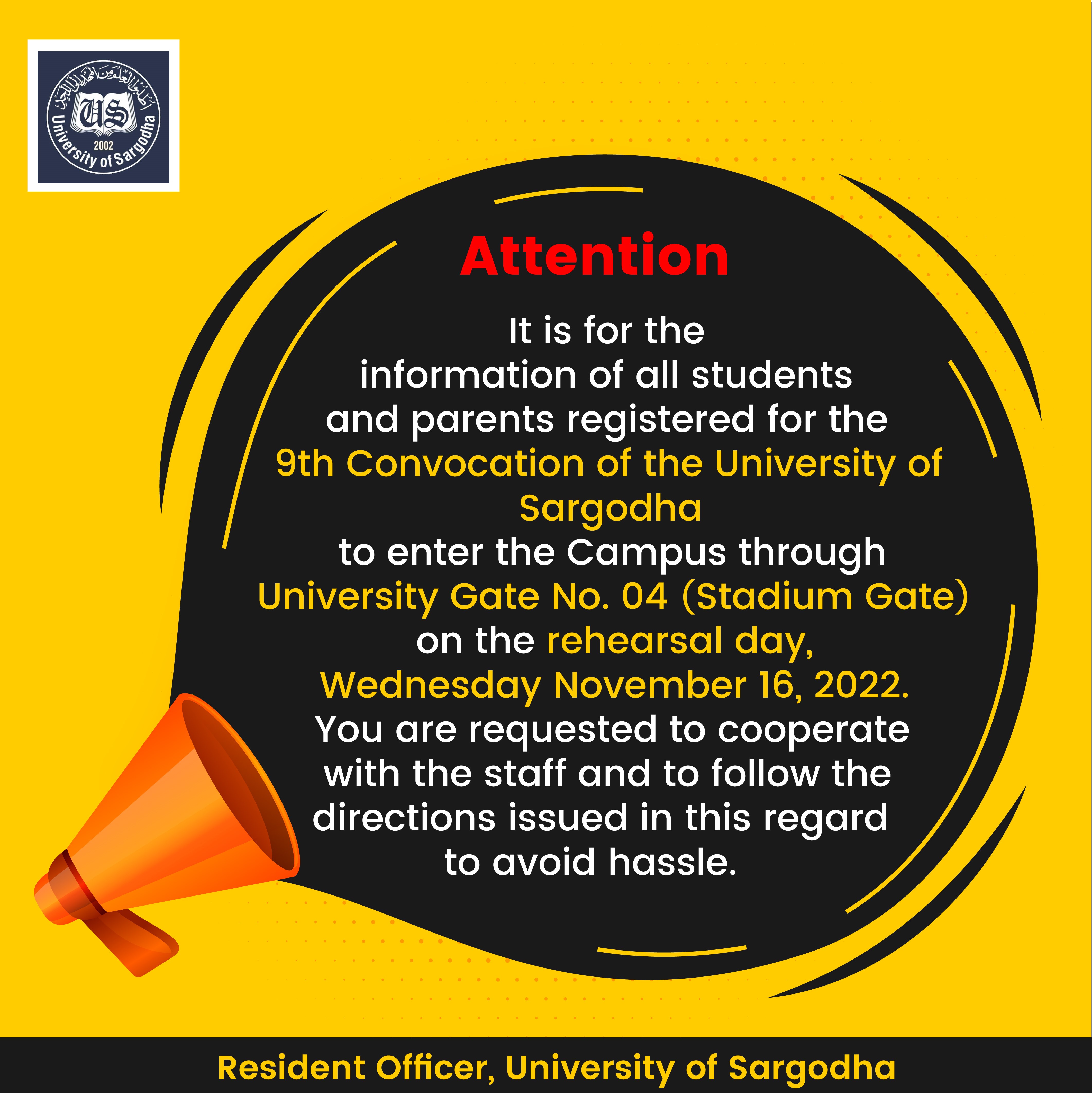