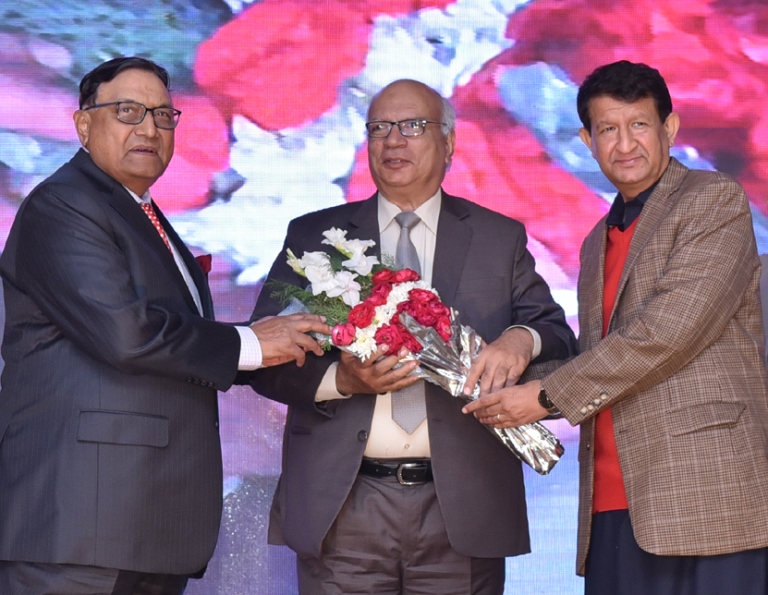 The University of Sargodha organized a reception on December 05, 2018 to honor its faculty, staff and alumni who significantly contributed towards the development of Pakistan in general and strengthening of the University in particular.

In his opening remarks, Dr Ishtiaq Ahmad paid tributes on behalf of the faculty, staff and students of the University to the retiring faculty members and staffers for rendering their valuable services and playing an effective role in uplift of the University.

He informed the guests that he joined Sargodha University as Vice Chancellor with the ambition to pay back the region and the country of his origin which provided him the opportunity to learn and flourish in his life.

"In less than two years of my vice-chancellorship, some pioneering reforms were initiated which resulted in the inclusion of Sargodha University in top 500 Asian universities. And we are determined to make this university one of the best universities of the world", Dr Ahmad added.

Addressing the gathering, General (retd) Moinuddin Haider said that he was filled with pleasure by paying a visit to his alma mater. "After attending Government College Sargodha, I joined Pakistan Armed Forces and after retirement, served Pakistan as Governor Sindh as well as Federal Interior Minister," he apprised the guests.

Appreciating the Dr Ishtiaq's agenda of reforms, he said that he was happy to see his derailed alma mater back to the track.

At the end, Dr Ishtiaq Ahmad and General (retd) Moinuddin Haider presented souvenirs and gifts to the retired faculty, distinguished guests and alumni of the University.