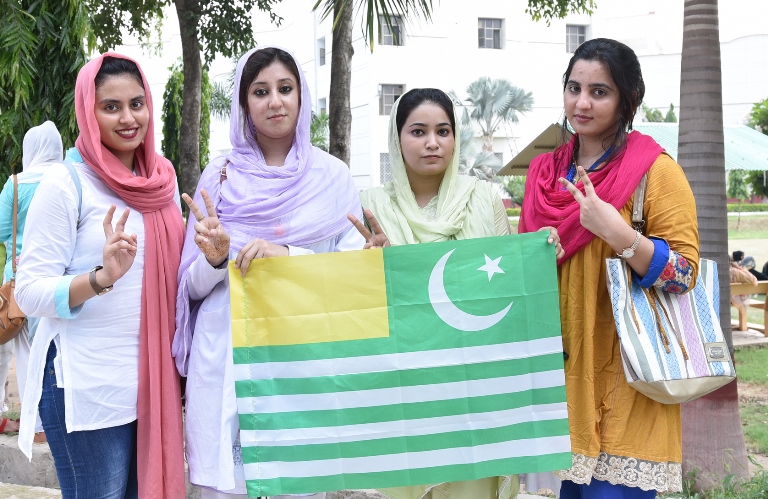 Boy students stole the show by securing 14 top positions out of the 21 in Inter-Departmental Co-curricular competition held at Sargodha University. The results were declared by the University on March 13, 2019.

A week-long Inter-Departmental competition organized by the University of Sargodha concluded on Wednesday in which for the very first time all contests were managed by young office bearer of the newly established student societies, who conducted these events with a zeal and modern approach.

The competitions were arranged by the Riaz Shad Co-curricular Forum of the University in which more than 900 hundred students from all across the university and constituent colleges participated.

The Institute of Art and Design secured overall first position in all the competitions while the Law College stood first runner up.

In Urdu Speech, Aqib Hussain from Department of English came in first, while Junaid Ahmad from College of Pharmacy finished second and Ghulfam Haider from Mathematics at third. In Urdu Bait Bazi competition, Umer Abbas from Statistics Department got first position, while Amna from Chemistry and Umar Sayal from Urdu Department got second and third positions respectively.

In the Urdu essay writing competition, Noor-ul-Ain and Kiran Munir from Chemistry Department bagged first and second positions while Sana Zahid from CS & IT stood at third.

For photography competition, students Muzamil and Ubaidullah Danish from Institute of Art and Design bagged first and third positions respectively while Sara from Institute of Food Science was awarded third position. Subsequently in videography contest, Adeel Syed from CS & IT stood first, while Amir Sohail from Mass Communication and Rashid Mehmood from CS & IT stood second and third respectively.

Painting and Calligraphy competitions were won by the students of Institute of Art and Design. Saqib Ali got first position in the painting competition, following by Ume-e-Hafsa and Zubair, who stood second and third respectively. Only girls shined in calligraphy competition by securing all three positions, bagged by Ayesha Choudhary, Muniba Javed and Nabiha Sarwar.

Munir Gujjar, Riaz Shad Co-curricular Forum informed that to ensure fair results the forum arranged neutral penal of jury for judgment of every competition. He added that for each contest, the jury consisted of three panelists: one renowned professional, one alumni and one senior faculty member of the field. Judicators also delivered lectures on advanced skills and techniques of Qirat, Naat, speech, music, poetry, essay writing, fiction writing, video and photography. They also informed the competitors about their strengths and weaknesses, he further added.